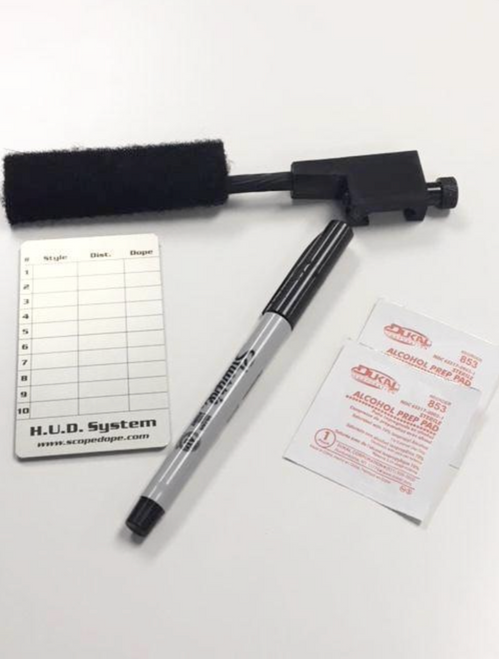 Scope Dope's new H.U.D. PIC System was developed to aid long-range shooters with quicker target engagement by displaying critical data to the shooter in a heads-up display. The H.U.D. PIC was brought to life after receiving multiple requests from shooters asking for a rock solid picatinny mount.

The H.U.D was designed to help Military, LEO, competitors, and shooters by allowing them to keep heads down and on target while adjusting for multiple target engagements.

Competitors shave time off of stages by allowing them to stay on their weapons platform and in position by displaying critical dope within eyeshot.

The Scope Dope H.U.D. uses aluminum reusable dope cards where the shooter records dope that can later be wiped clean with an alcohol wipe for future stages or competitions.

From the same Collection

From the same Collection